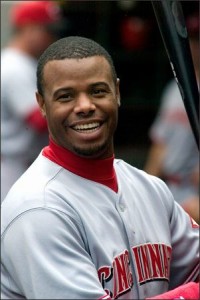 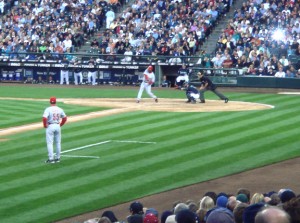 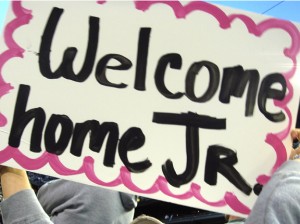 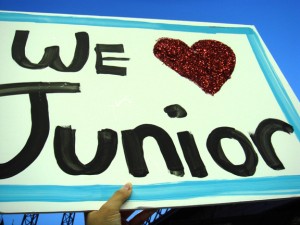 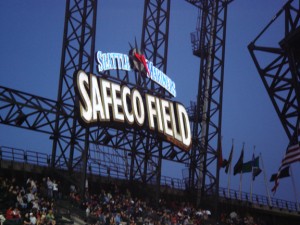 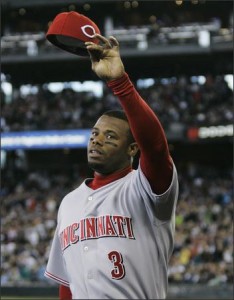 This weekend was the BEST weekend ever!!!

First off, a little history: In 1995, I became a huge Seattle Mariners fan, with my favorite Mariner being Ken Griffey Jr. In 1999, Griffey’s contract was up, and he was traded to the Cincinnati Reds. Very sad day, I still kept his posters on my wall and I even got a Reds jersey with his name on it for my birthday.

Now, fast forward to Friday, June 22nd. GRIFFEY RETURNED TO SEATTLE!!! It was a rare happening since the Mariners and Reds are on different leagues, so I had to jump at this once in a lifetime chance. I went to Friday and Sundays nights game and had a blast!! All the games were sold out and the spirit of Seattle was back! Griffey brought that spirit back, it was just like the good ole’ days. He received standing ovations at every at bat and most times when he took his position in the field. On Sunday, he homered twice, breaking the record for 7th place in career homeruns. After the games were over, he was interviewed and said that we would like to finish his career in Seattle, before he retires!!! AHHHHH that would be SOOOO cool! I’d get season tickets, even if it put me in the poor house 🙂

At the game, I saw a guy with a sign that said “bringgriffeyback.com” and, of course, had to check it once I got home. It’s an online petition to show how much us Seattle people would like Griffey to return. You should sign the petition for me 🙂